During the Civil War in Tennessee, the Jones family was also split along Union and Confederate lines. In January I wrote about Corporal Francis Marion Jones, who died in present-day Hamblen County, Tennessee during the Civil War. He had enlisted in the 9th Tennessee Calvary on the Union side. I also covered his commanding officer, Captain John Thornhill, nephew of Elizabeth Thornhill Jones. Captain Thornhill died in June 1865 in Jefferson County, Tennessee. 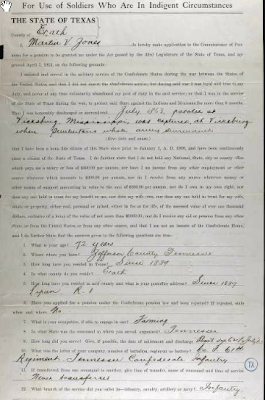 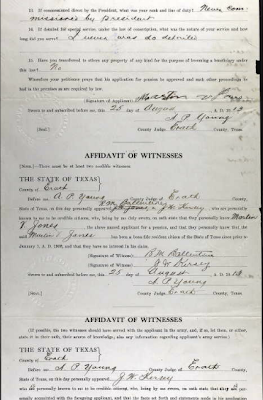 The image below comes from page 8 of Martin's Confederate Service Record, viewed on Fold3.com. 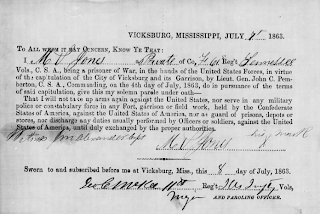