In January I wrote about my third-great-grandfather, John O'Brien, who may have fought in the War of 1812 in the Battle of Lake Erie for the American side, or for the British. I have been looking for port and ship records from the period of 1808-1831 for any potential matches for John O'Brien. This post is on a potential interesting match. 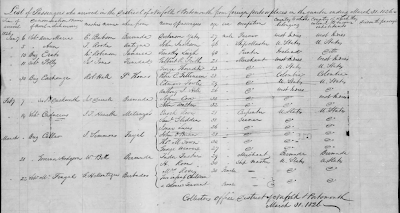 The next step is to see if the Callao kept records which may shed more light on whether this is my John O'Brien.
Posted by Patrick Jones at 5:16 AM