On the waters of Long Creek

In 1824, Thomas Cannon acquired a 25 acre tract of land on the north side of the French Broad River, along the waters of Long Creek in Jefferson County, Tennessee. This entry is found in the North Carolina and Tennessee, Early Land Records, 1753-1931 on Ancestry. 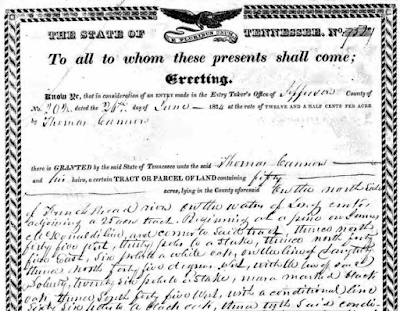 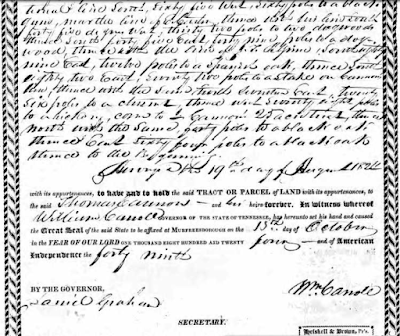 This land grant was made years after an earlier pre-statehood land grant from 13 February 1791 in Greene County, North Carolina on Sinking Fork, Long Creek. This land later became part of Jefferson County, Tennessee. Further evidence of Thomas Cannon's early arrival in the land that became Tennessee. 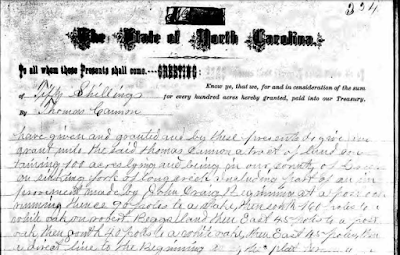 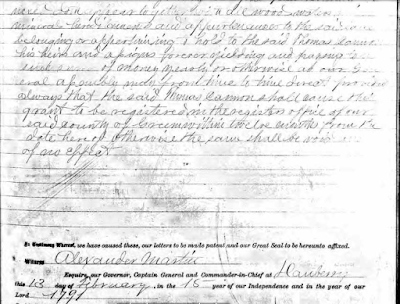 Looking again at the North Carolina and Tennessee Land Records, there were two earlier land grants that pre-dated the 1791 entry. Thomas received 100 acres on Sinking Creek on 20 September 1787, followed by another 100 acres on 10 February 1791.
Posted by Patrick Jones at 8:18 PM