Back in March, I received some copies from the Montgomery County Court (courtesy of Wabash College student Paul Snyder, '16) of land deeds for my 6th great-grandfather Jacob Booher, and the disposition of his lands by his children. At the end of March I received another set of copies, this time from the neighboring Boone County (Indiana) Court. This is a closer look at those records. 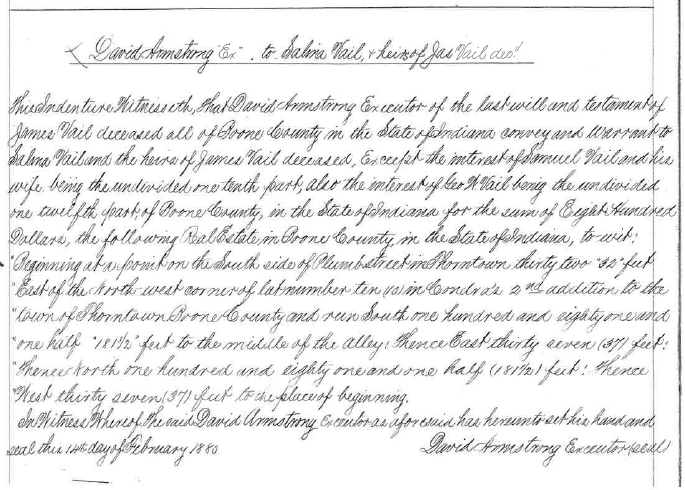 The plot was located on the corner of Plum and Vine Street in Thorntown, as seen on the map from 1878.
The next deed in the set involved the survivors of James Vail to Nathaniel Krauss of Boone County for $3000. The transaction involved 63 acres spread across three plots of land, Section 6, Township 19, North Range 2 West. 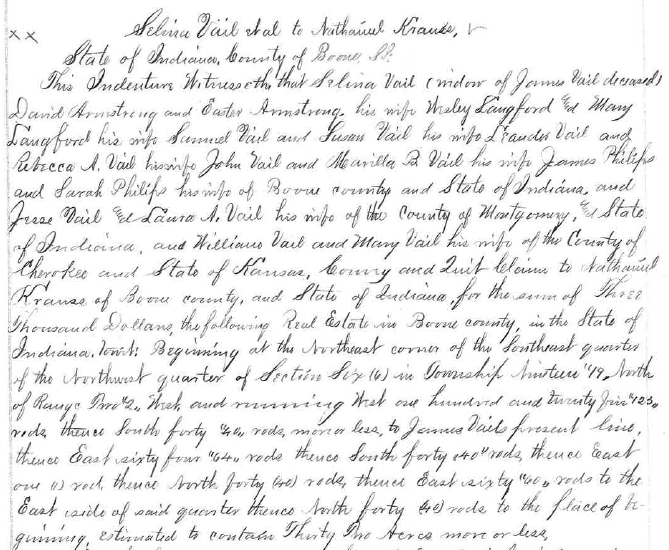 There are more records in the set. Tomorrow's post will look at the land purchases of James Vail during his lifetime.
Posted by Patrick Jones at 11:11 AM