Before I follow the Hampton line back to Indiana, I thought it would be helpful to those who may be connected to Gasper Smith to have a heads up on an amazing Revolutionary War pension file which exists for Gasper's mother, Catherine Hohn Smith. As I wrote yesterday, Gasper Smith acquired the farm and distillery of my 6th-great-grandfather Samuel Hampton in 1837. Gasper also married Samuel's daughter Rachel Hampton, and couple continued to live on those lands in Sullivan County. 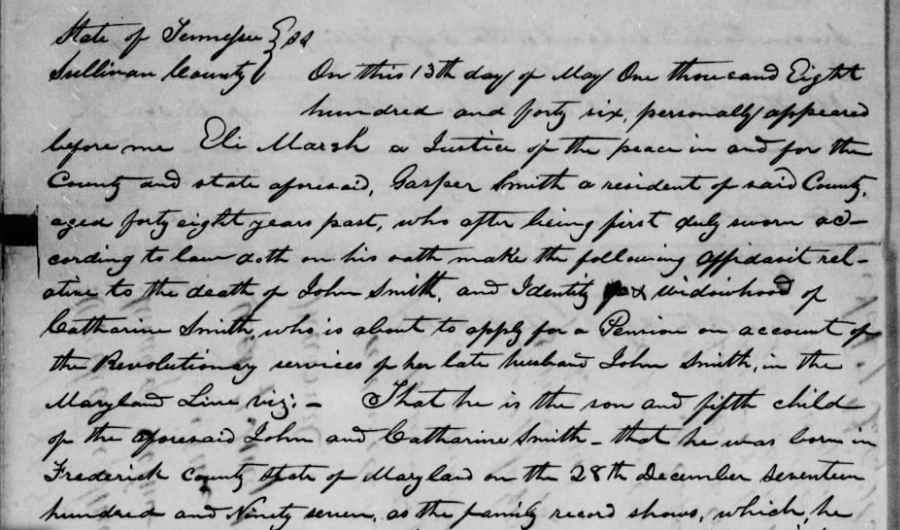 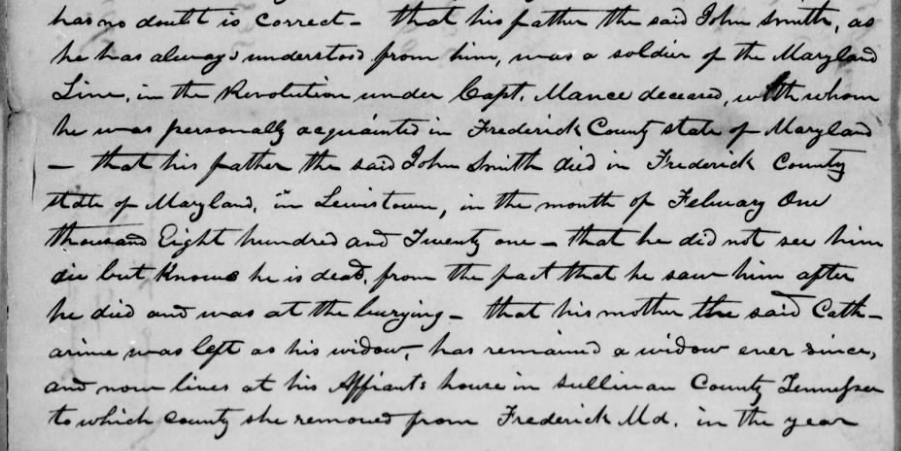 Gasper's statement shows that his mother came to live at his house in Sullivan County and was living there when she submitted her widow's pension for the Revolutionary War service of her husband, John Smith. A transcription was made by C. Leon Harris (see http://revwarapps.org/w170.pdf), but I highly recommend viewing the digital copy on Fold3.com, which includes birth information for Catherine on a page which looks taken from a German Bible. It's a fantastic record.

Gasper was born on 28 December 1797 in Frederick County, Maryland. He fought in the War of 1812, in the 32nd Regiment, Maryland Militia. There is a War of 1812 pension file for him, listing Gasper and wife Rachel on the index card. I'll have to pull this at the National Archives to see what it says. 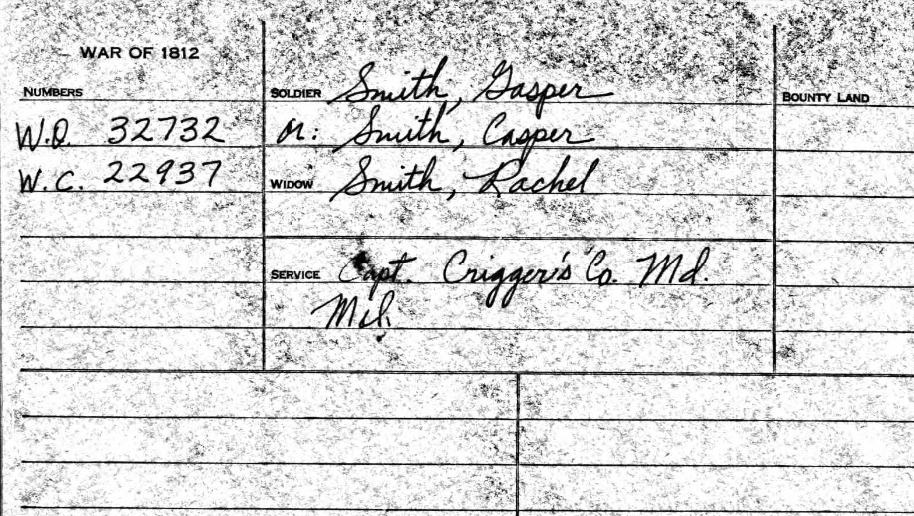 Posted by Patrick Jones at 9:00 AM