Another connection to the Orleans Syrup Factory

In 1862, Raphael Tudury appears in the Confederate service records in 1st Company, 5th Regiment European Brigade (Spanish Regiment) in New Orleans. His brother, Anthony Tudury (also a co-founder of the Orleans Syrup Factory), was in the same regiment.

After New Orleans was taken by Federal troops, Anthony Tudury wrote to the commanding General of the Gulf asking that he be permitted to keep his syrup factory open. A copy of that letter appears in the Union Citizens File (courtesy of Fold3). 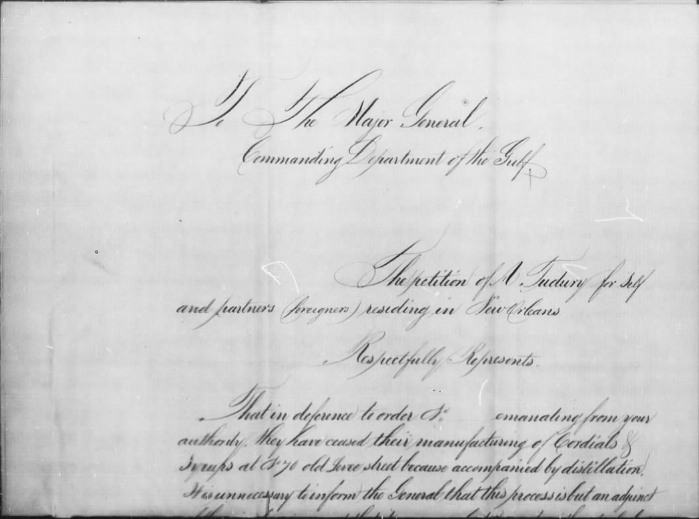 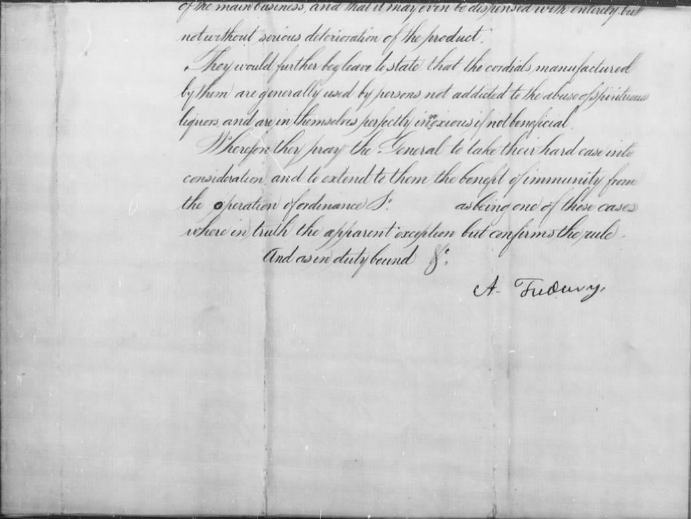 A petition of A. Tudury for self and partners (foreigners) residing in New Orleans

That in deference to order N __ emanating from your authority, they have ceased their manufacturing of cordials & syrups No. 70 old Levee Street because accompanied by distillation. It is unnecessary to inform the General that this process is but an adjunct of the main business, and that it may even be dispensed with entirely but not without serious deterioration of the product.

They would further beg leave to state that the cordials manufactured by them are generally used by persons not addicted to the abuse of spirituous liquors and are in themselves perfectly innoxious if not beneficial.

Wherefore they pray the General to take their hard case into consideration and to extend to them the benefit of immunity from the operation of ordinance N. as being one of those cases where in truth the apparent exception but confirms the rule.

And as in duty bound.