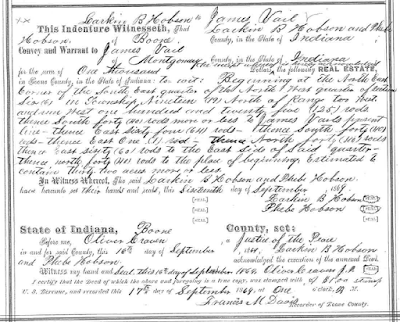 There does not appear to be a family connection between the Hobsons and James Vail. The deed entries were out of order, so the next in the set was a 15 acre purchase from Larkin and Phebe Hobson to James Vail on 20 February 1868. This transaction was for $400. 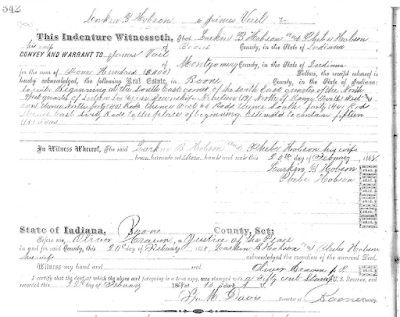 There are a few more in the set prior to 1868, and I'll describe these in the subsequent post.
Posted by Patrick Jones at 9:51 AM