This post picks up from Thursday's review of the widow's pension application of Catherine Miller Booher, wife of Isaac Booher. Isaac was a brother of my 6th-great-grandfather Jacob Booher, who inherited the lands of Isaac & Jacob's father John Booher Sr. in Washington County, Virginia upon John's death in 1820. Isaac served in Captain Landen's company in the 4th Regiment Tennessee Volunteers, and after returning from the defense of Mobile, Alabama during the winter of 1814-1815, Isaac married Catherine Miller in July 1815.

Just like the widow's pension application of Margaret Zimmerlie Booher, Catherine was asked to provide proof of marriage. The Clerk of the Sullivan County, Tennessee Court provided a statement in 1879 that "all the marriage records & papers pertaining thereto belonging to said County & in the Clerk's Office in the Court House of said County were consumed by fire...on the 22nd day of September 1863...and there is now in said office no evidence of record of the marriage of Isaac Booher and Catherine Booher or any other marriage that occurred prior to the said 22nd of September 1863."

In November 1879, Catherine wrote from Washington County, Virginia, providing her own statement along with affidavits from two neighbors who knew the Boohers since they moved from Sullivan County. Catherine stated that she was married to Isaac Booher by George Burkhart, a magistrate (and a large land owner in Sullivan County connected to the Booher family). The testimony must have been accepted because Catherine received the widow's pension. 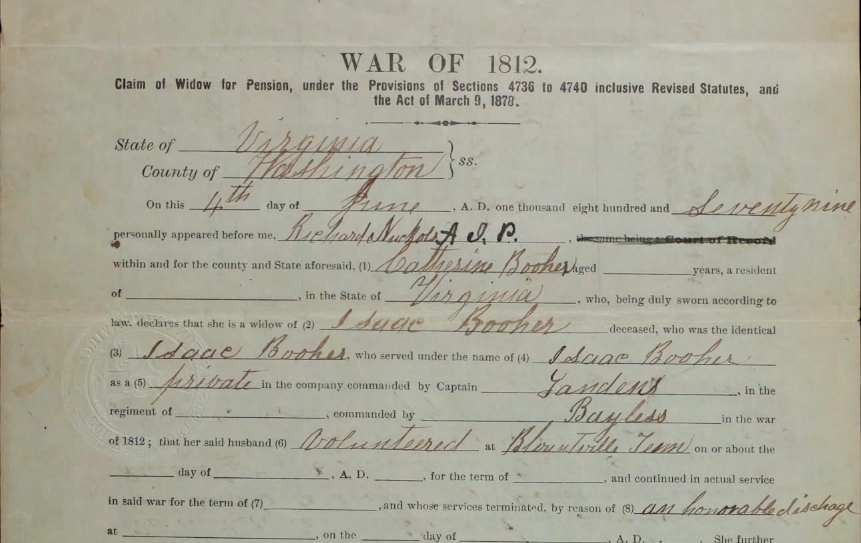 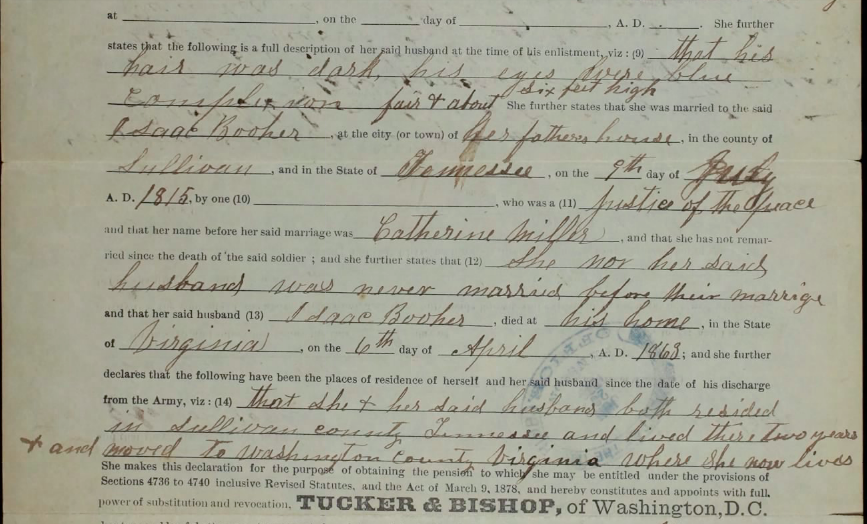