The Booher family settled in the northeastern corner of Tennessee, straddling the line between Washington County, Virginia and Sullivan County, Tennessee. I thought it would be helpful in understanding the Booher journey to take a look at some maps for the region before following the record trail into Virginia.
Sinking Creek appears on the map east of Bristol, Tennessee, running north to south toward the South Fork of the Holston River. The creek begins in Washington County, Tennessee. 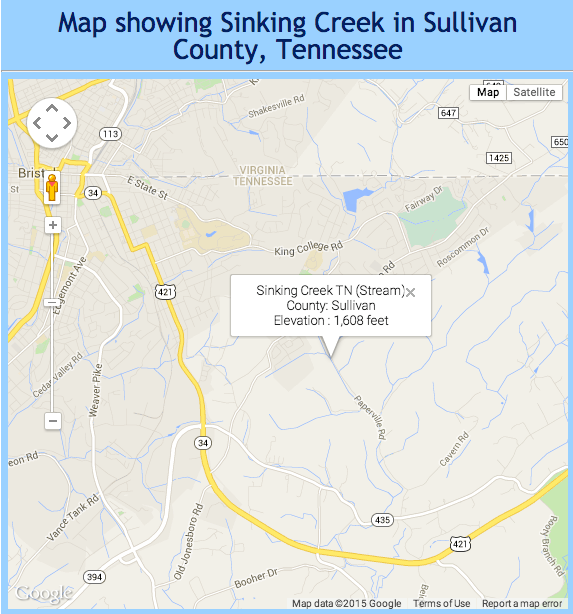 In 1836, Sinking Creek ran through the town of Paperville, which can be seen in the map below from the David Rumsey Map Collection.
Jacob Booher bought Lot 34 in Paperville from Wallace Willoughby on 18 August 1817. He sold the lot to Nathan Willet on 16 November 1823.

The Booher contribution to place names remains today. There is a Booher Creek in Sullivan County that appears in a Waterbody Quality report from the EPA. This is very likely named after land owned by brothers of John Booher (1750-1820).

Posted by Patrick Jones at 9:32 AM