As I read through the War of 1812 pension files on Fold3.com I run across many examples of why it is so important that these records be digitized and preserved. In the widow's pension file of Margaret Zimmerlie Booher, wife of John Booher Jr., is a statement made by their son, Jonathan A. Booher in support of Margaret's claim.

In August 1878, the pension office asked for proof of Margaret's marriage. Valid proof was considered to be a certified copy of a church or public record, an affidavit of the officiating clergyman or magistrate, a copy of a family record, sworn by the custodian, certified by magistrate to be correct, and that the original appears to be genuine. Jonathan's statement provided the proof of marriage. 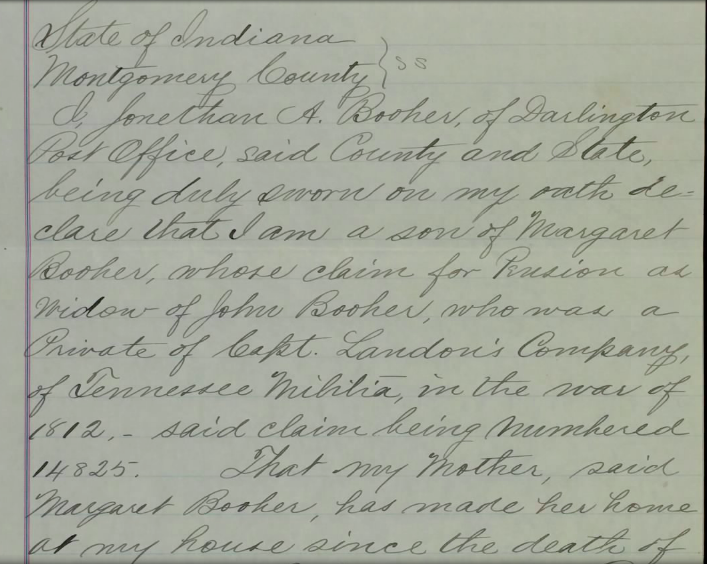 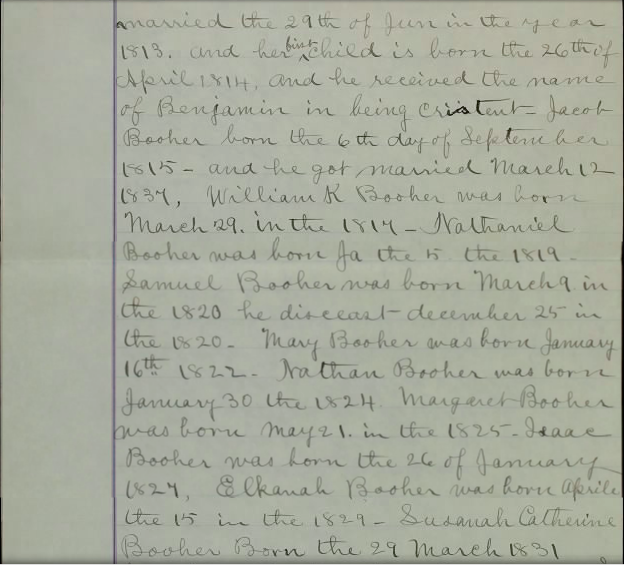 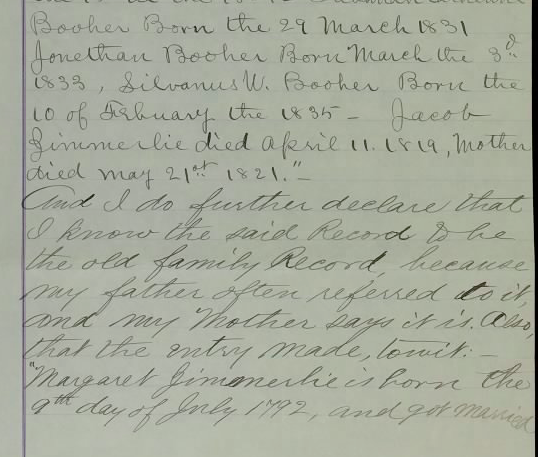 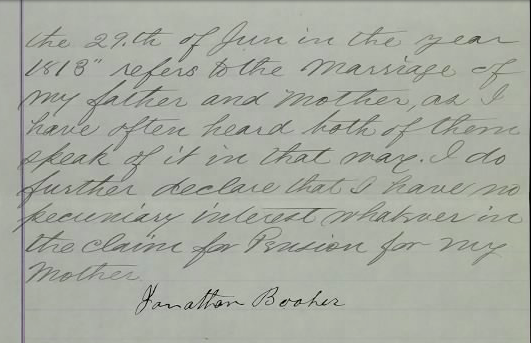 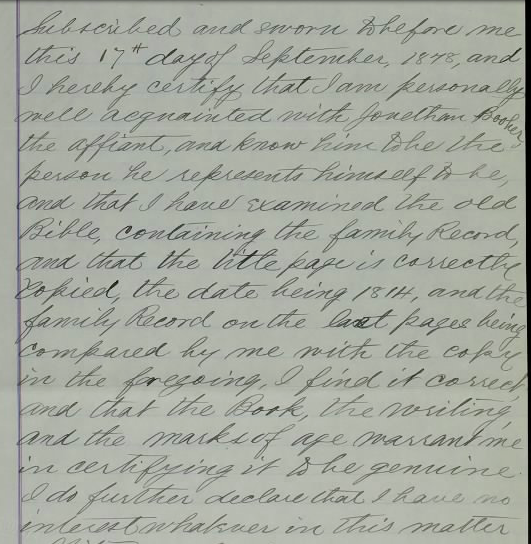 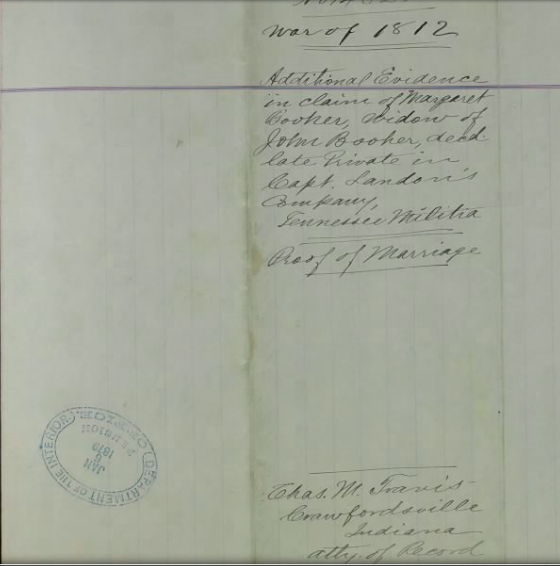 The family record was not the only gold in the pension file. Jonathan Booher signed a form which described John Booher's height, eye color and complexion. 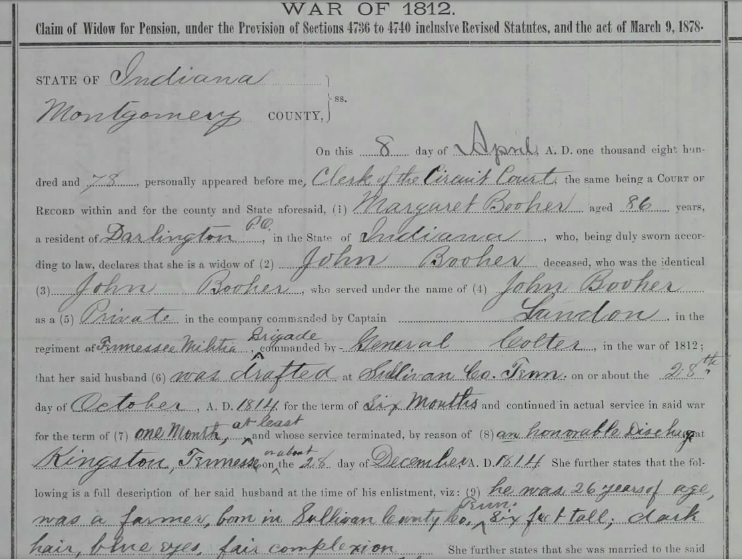 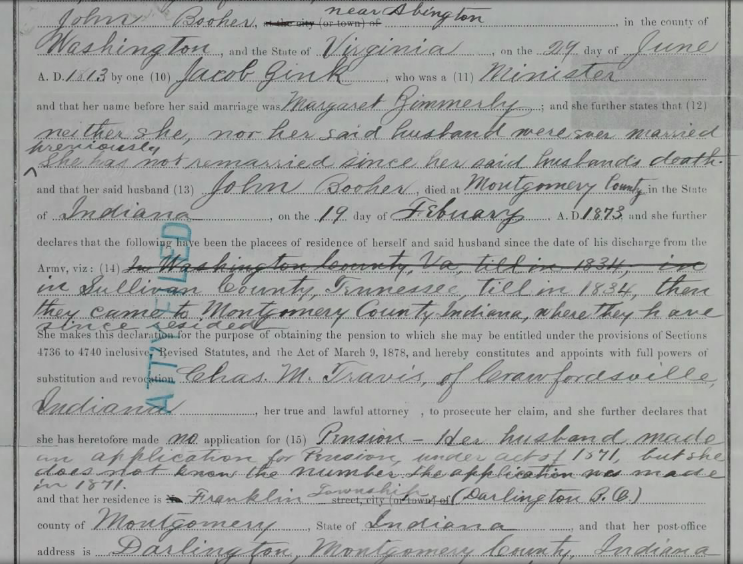 The next file covers Isaac Booher, brother of John Booher Jr., which I'll begin tomorrow.
Posted by Patrick Jones at 9:41 AM