Bridge over the Rappahannock

In 1826, James Wheatley and James Bradshaw Beverley filed petitions and counter-petitions over the creation of a bridge on Wheatley's land over the Rappahannock River. I previously covered James Wheatley's 1828 petition to create a mill town along the river (see my post from 4 July 2014). A copy of Beverley's counter-petition is online via the Library of Virginia. This sketch from the Library of Congress also provides a view of the river (showing Kelly's Ford, Wheatley's Mill would have been around the corner and across the river). 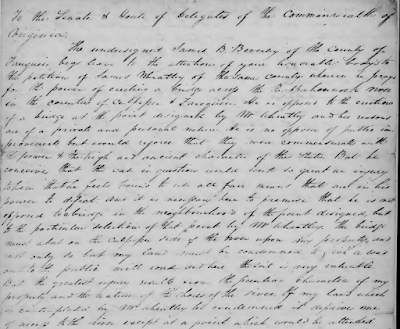 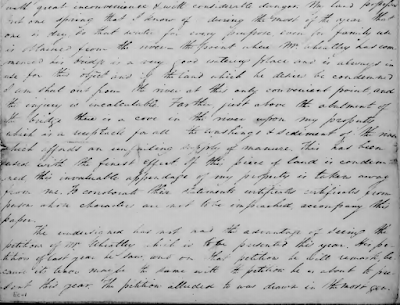 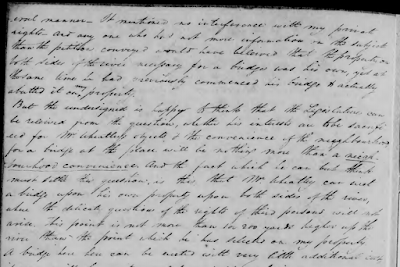 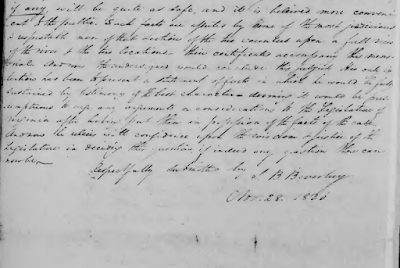 Beverley argued against Wheatley's chosen crossing point, and in favor of a bridge next to his own land. The petition included other statements from neighbors on the suitability of a bridge. 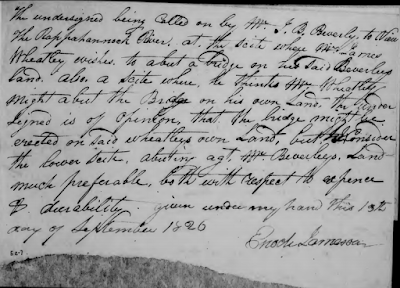 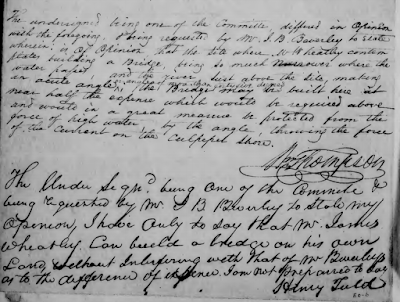