In continuing to dig through the updated editions on Newspapers.com, I found another great piece of information on my great-grandfather Harry O'Brien. The 3 March 1913 edition of the Decatur Herald mentions that Harry was in a band that was heading to Washington DC to play in the inauguration of the President. This would have been the inauguration of Woodrow Wilson, which happened on 4 March 1913.

Perhaps Harry and the band received a special invitation, like the one below (via the Library of Congress). 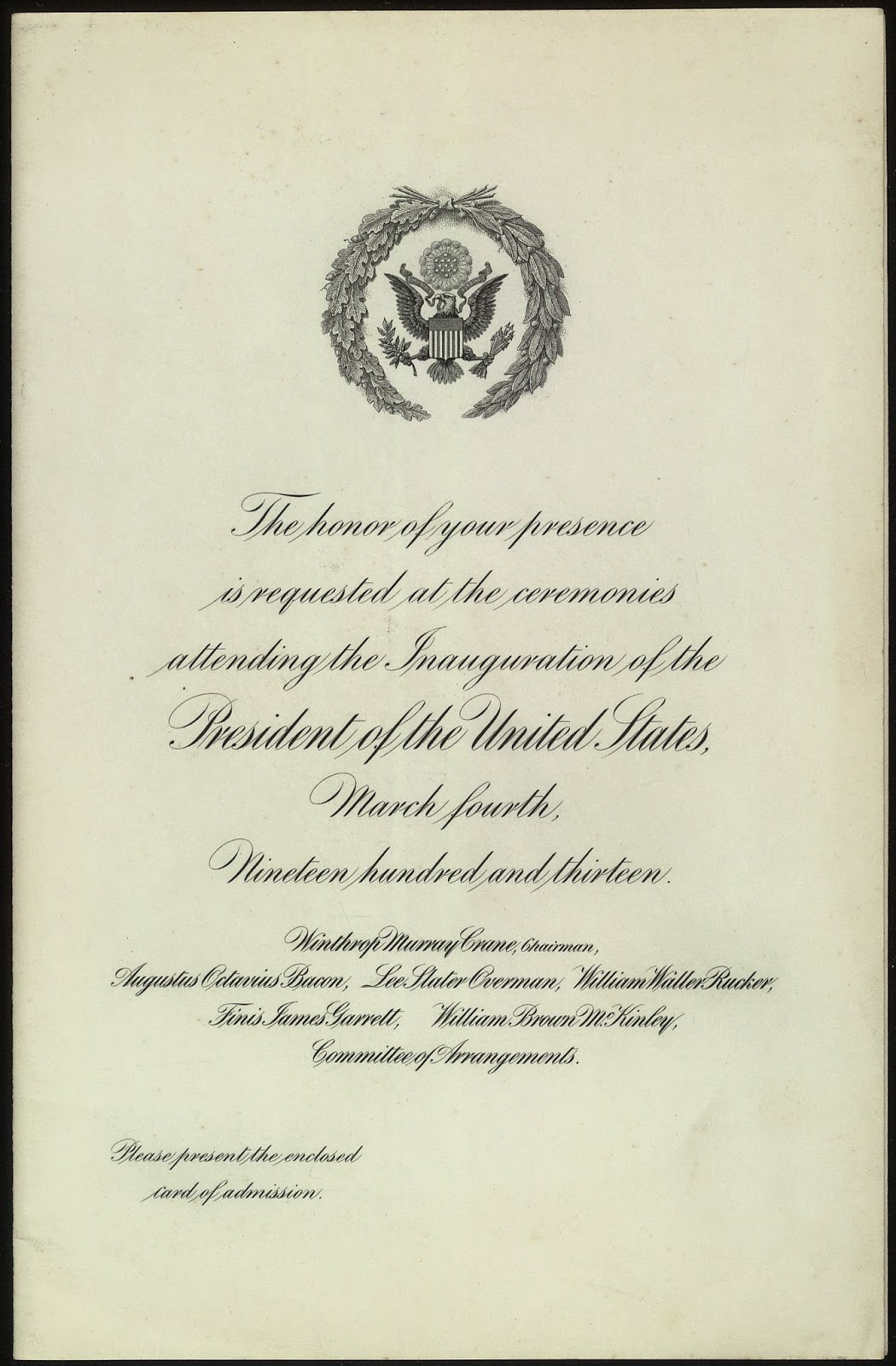 Perhaps Harry had a close up view of the inauguration, similar to this picture from the Library of Congress.
He certainly led a fascinating life. Harry's musical talents took him around the country and to major events.
Posted by Patrick Jones at 8:31 PM