Married on a Tuesday

While I was in Egypt, the Louisiana Secretary of State's Office sent me a copy of the marriage record for my great-grandfather, Harry Edward O'Brien, with his first wife Marguerite Theresa Barba. The document shows they were married by Rev. A. G. Bakewell. In the 1906 City Directory, Rev. A. Gordon Bakewell was the minister at the Trinity Episcopal Chapel located on S. Rampart Street. 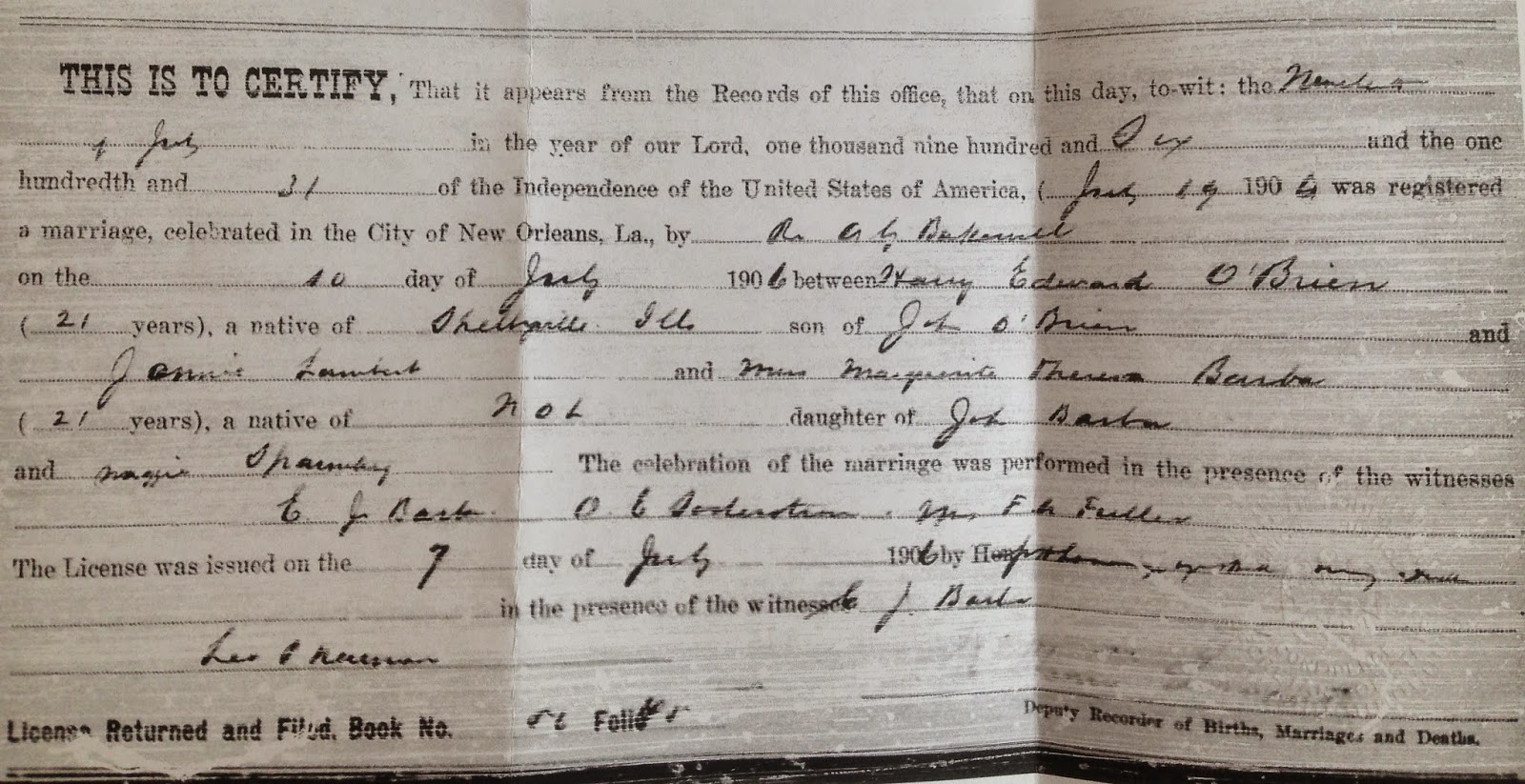 The license was issued on 7 July 1906 in the presence of E. J. Barber and Leo P. Newman, two neighbors who were living on Carondelet Street near Harry and Marguerite in 1906. Leo Newman was the Chief Accountant of the New Orleans Sewage and Water Department. I wonder if Harry worked for Newman during his time at Soule Business College or shortly afterward.

Rev. Bakewell showed up in the Times Picayune archives from 9 January 1891, delivering the benediction to dedicate the Louisiana Historical Association's new building.
Newspapers.com has a gap in their available editions for the Times Picayune, so I am not able to see articles from 1906-1911. Fortunately, these issues are available through the Tulane University Library. The records room is open Monday through Friday, so my next step is to check with the Library to see if they are able to find Harry and Marguerite in the newspaper during those years.
Posted by Patrick Jones at 4:43 PM