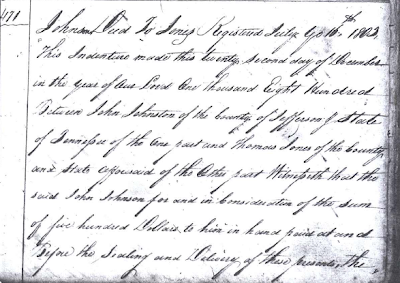 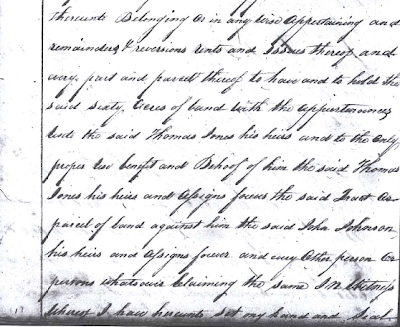 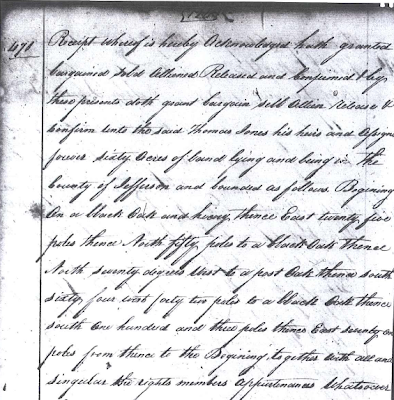 Thomas Jones entered into another deed with John Johnson on 27 September 1818 for fifty acres. On this deed, it notes that John Johnson had moved to Green County, Kentucky. The deed covered the gap of Bays Mountain and included water courses profits. Witnesses on the deed were J. and Thomas Coffee (or Caffee).

Margaret Barnes made a deed with Thomas Jones on 26 January 1807 (registered 6 October 1819) for 135 acres in Jefferson County. 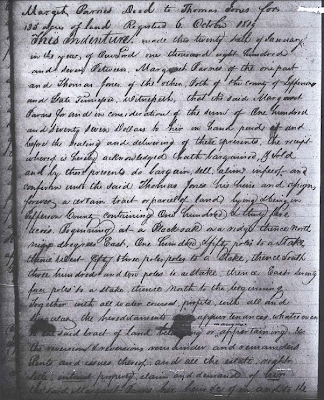 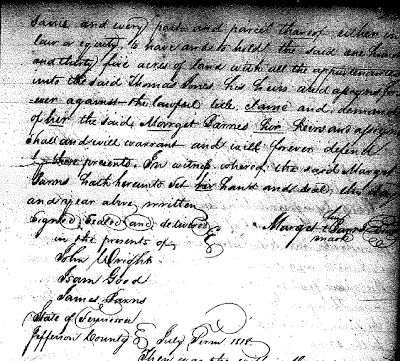 This deed was proven in Court in 1818. Note above that Isham Good and John Wright, original witnesses to the deed, were no longer living in Jefferson County at the time. There is a James Barnes who married Elizabeth Julias in Jefferson County, and one tree on Ancestry indicates his date of birth around 1761. I don't know who this Margaret Barnes was, or her connection to Thomas Jones. 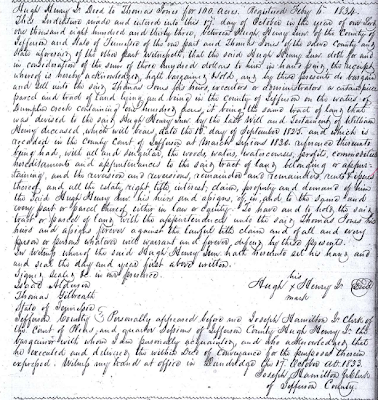 There's a few more interesting early deeds to cover, and that will be in another post.
Posted by Patrick Jones at 5:04 AM