In the Continental Army

This week I've taken a closer look on the Thornhill side. In Thursday's post, I transcribed an indenture for my 5th-great-grandfather Joseph Thornhill who was apprenticed in 1796 as a minor to James Joyce, taylor of Culpeper, Virginia. Joseph was in the guardianship of Hugh McKellup because his mother Elizabeth had recently passed (I suspect 1795), and his father died following the Battle of Yorktown.

Joseph Thornhill was born about 1742 in Culpeper, Virginia, to Bryant and Tamson Thornhill. I do not know much about Joseph's position in Culpeper, but his name does appear in the William Allason ledgers in the 1770s. With the onset of the American Revolution, Joseph joined the Continental Army, like his brothers William, John and Reuben (I will have more on their service in upcoming posts).

The Battle of Yorktown was the last major land battle in the American Revolution. We know Joseph Thornhill was there because his will was written at Yorktown on 11 October 1781, during the siege. A transcription of his will is below:

I Joseph Thornhill being very sick and weak but of perfect mind and memory and calling to mind the uncertainty of this life do make this my last Will and Testament in manner of form followeth viz--Impr.

First I bequeath my soul to God that gave it and as wishing such wordly things which it both pleased God to bless me with I give and bequeath in manner of form followeth--Item I give -------- to my loving wife Elizabeth Thornhill all and singular my Estate to raise my young children on during of her widowhood and in case she marrys its my desire that my Estate shall be taken out of her hands by my Executors to clothe best the can for my poor children and do appoint my son Thomas & please God he returns from the Southward Army & my loving Brother Reuben Thornhill and my Friend and Neighbor William Allen Executor of this my last Will and Testament revoking all other Will or Wills heretofore made by me and do acknowledge this to be my last Will & Testament Witness whereof I have hereunto set my hand and fixed my seal the Day and year first above written.

Witness Reuben Zimmerman, John Foshee, John Fletcher
--
The will was proven in Culpeper County on 18 February 1782.

The siege of Yorktown ended on 19 October 1781 with the surrender of British General Cornwallis' army, just little more than a week after Joseph had made his will.

I have not yet been able to find Joseph in the Revolutionary War records, but I did find entries for his son Thomas, who joined the "Southward Army". Thomas appears in Lee's Legion in 1777, and later in Captain Roberts' company in 1779. 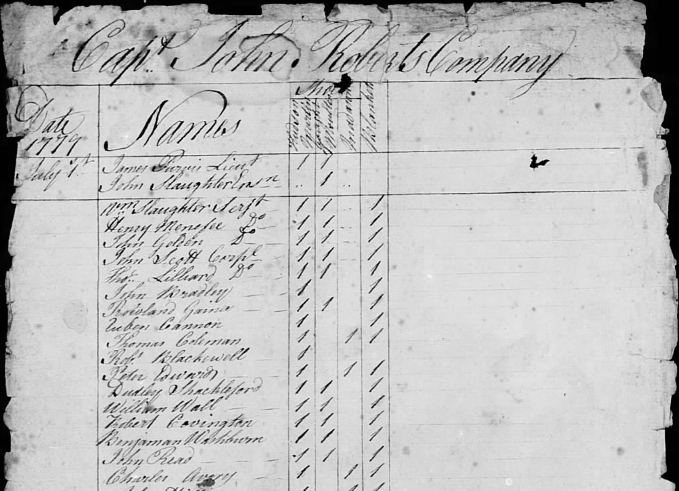 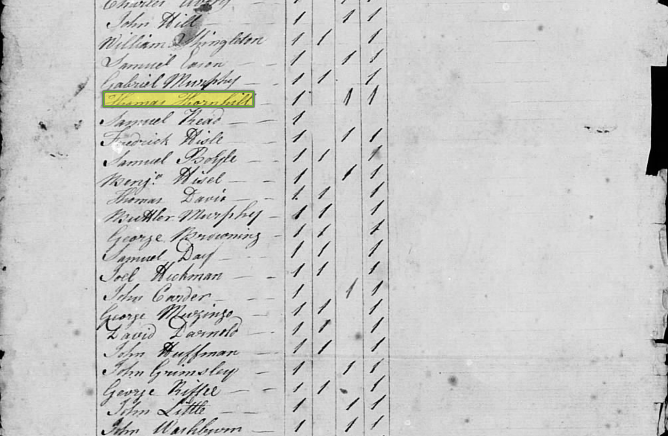 It's fascinating to see Thomas Thornhill served along side my 5th-great-grandfather Samuel Read, but these men come from opposite sides of my family tree. The Thornhill side is from my Dad's Jones side of the family, while the Reads are from my Mom's side of the tree. Although the Thornhills and Reads were relative neighbors in Culpeper County, these families wouldn't come together until my parents married in 1968 in Indiana.

I have more information on Thomas and Joseph's siblings during the Revolutionary War. More posts on this to follow.
Posted by Patrick Jones at 7:17 AM