From the Land of the Fire Ants

I am still digging up information on my Granny's Campuzano line, but thanks to the Mexico Baptisms, 1560-1950 database on FamilySearch, I have found the names of my third-great-grandparents and fourth-great-grandparents in Sonora.

Yesterday I posted about Vicente Plutarco Campuzano. He was baptized at Nuestra Señora de Guadalupe in​ Altar,​ Sonora on 26 June 1862 as Jose Visente Campusano. According to the record, his father was also named Visente Campusano. Additional baptism records around this time for my 2nd-great-grandfather's siblings show alternate spellings for Vicente, and include his wife, Maria Concepcion Amado. 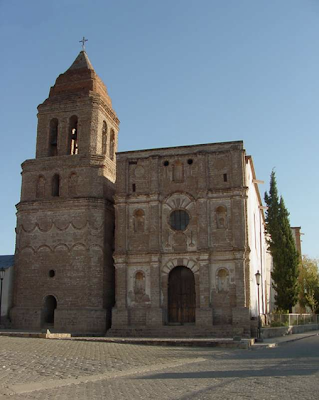 Arizpe means "land of the fire ants" in the local Opata language. The town was founded as a mission in 1646. In 1775, Arizpe was the launching point for the expedition of Juan Bautista de Anza, who explored and opened the routes to California. At one time Arizpe was the capital of Sonora before it was moved to Hermosillo. I posted a map of the Rio Sonora which shows Arizpe north of Hermosillo, along the river.

Further back, there is a record for Vicente Antonio Campiosano, baptized on 13 June 1810 at Nuestra Señora de la Asunción Arizpe. His parents were listed as Juan Campiosano and Maria Dolores Yldefonsa Moreno. In the 1851 Primeria Alta census, there is a Visente Campesino in Altar, age 42 years old, his occupation is listed as zapatero, which means shoemaker.

There's more to post on this family, and related families in northern Sonora.
Posted by Patrick Jones at 9:23 AM