According to his WWI draft card, Francisco Urias was born on 2 August 1874. It also shows that as of September 1918 he was working as a clerk at Steinfelds. 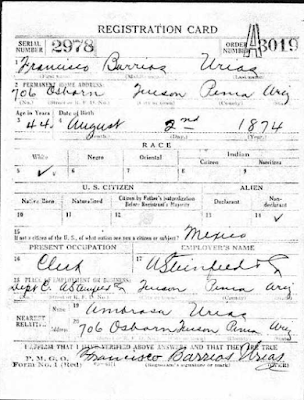 Posted by Patrick Jones at 8:42 AM