From my current research, the second daughter of Vicente Antonio Campuzano and Benancia Gutierrez was Maria Antonia Campuzano. She was born between 1834 and 1836 in Arizpe, Sonora, and married Juan Bautista Calles in Hermosillo.
Maria Antonia and Juan Bautista Calles had at least the following children, all in Hermosillo:
- Arnulfo Ramon Calles (1866 - )
- Maria del Carmen Calles (1868 - )
- Ramon Modesto Urbano Calles (1870 - )
- Emilia Manuela Calles (1873 - 1950)

Curiously, Maria Antonia and Juan Bautista Calles were recorded as married in the Mexican Civil Registration records in Hermosillo on 23 February 1872 (after the birth of 3 of their children). The document lists both of their parents. On 6 January 1872, they appear in the Civil Registration records with various witnesses, including her brothers Francisco and Ygnacio Campuzano. The official stamps provide a great flourish on the top of this record. 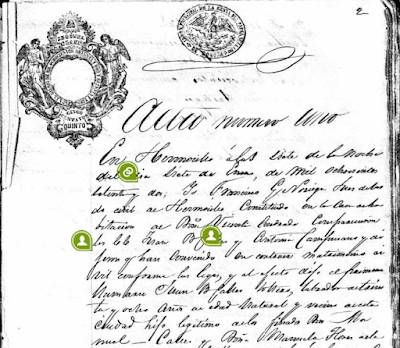 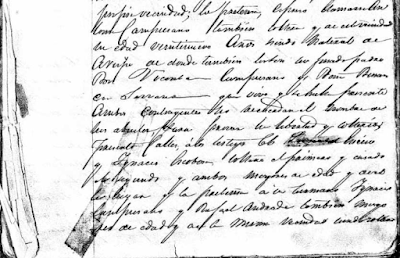 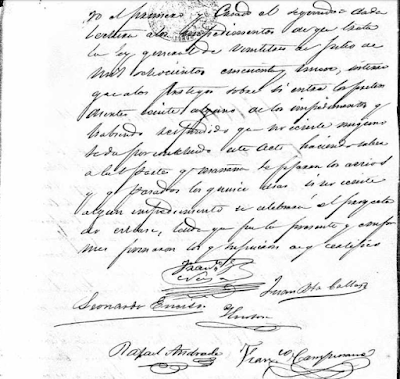 In the 1873 baptism record of Emilia Manuela Calles, Maria Antonia's sister Jesus Campuzano is again listed as a padrino. Her husband Francisco Calles must have died before September 1873, as he is not listed here.
Maria Antonia and husband Juan Bautista Calles adopted Plutarco Elias Calles, and perhaps several of Jesus Campuzano's children after her death in 1880.

The engagement record for Plutarco Elias Calles and Francisca Bernal (dated 9 August 1897 in Hermosillo) lists Plutarco as a son of Juan Bautista Calles and Jesus Campuzano.

Maria Antonia Campuzano de Calles died on 11 January 1899 in Hermosillo. Her death record states she was 58 years old, I do not think this was accurate based on other records. 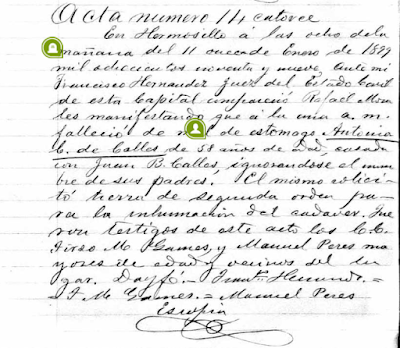 Update 6 Mar 2017
I am updating this page based on guidance received from another researcher looking into the Calles family. I had previously listed two sons of Juan Bautista Calles and Maria Antonia Campuzano as Ramon Calles. This is an error. I have merged the two on my tree and am in the process of cleaning up my data.
Posted by Patrick Jones at 12:18 PM