This is the first in a series of updates as I review the pension applications related to the men who served in Company G, 5th Infantry Tennessee Volunteers during the Mexican War.

I had a chance to look through six files at the National Archives in Washington, DC, and I was pleased to see that all six of the soldiers (or their surviving spouses) received a pension. The information below was obtained through reading the pension files at the Archives. I took quite a few photos, but am not posting them all here.

It is my hope that descendants of the men who served will find this information for their own family histories. It is fascinating reading. Several of the pensions were granted by Act of Congress. 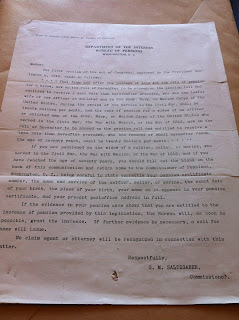 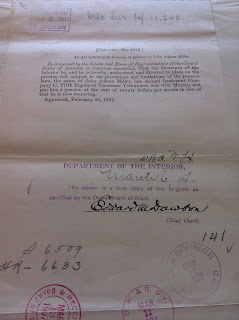 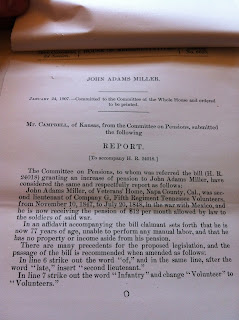 Leah Allen's pension references a Special Act of Congress approved 3 March 1891, which increased her pension to $20 per month. The pension was filed in Clark County, Arkansas. The photos below show HR 13526 from the 51st Congress, relating to Congressional approval for Leah Allen's pension. 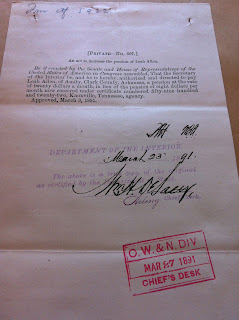 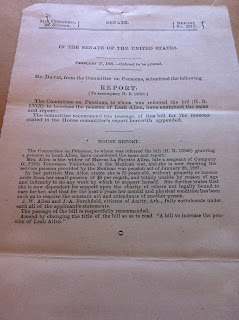 Sergeant James Thomas
According to the pension file, James Thomas was originally married to Elizabeth A. Gray on 22 November 1840. She died on 18 January 1844. He enlisted in the 5th Infantry in Dandridge, Jefferson County, Tennessee.

James Thomas married his second wife Elizabeth J. Routh after returning from the Mexican War. They were married on 25 October 1850 in Jefferson County, Tennessee. He died on 28 November 1875. Elizabeth J. Routh Thomas was born on 21 June 1828. She died in Dallas, Texas on 12 January 1922, as reported by Mary Thomas.

Before her death, Elizabeth was receiving $30 per month for her widow's pension. 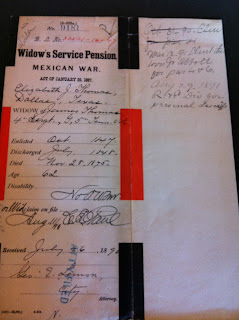 Sergeant William F. Barr
William F. Barr served only 49 days in Company G and was discharged in New Orleans on 28 December 1847, before the Company went to Mexico. According to the pension file, Barr was born on 1 August 1828 in Guilford County, North Carolina. He married Mary E. P on 19 August 1852 in Abingdon, Virginia. Barr died on 3 July 1897.

Mary Barr filed her widow's pension in Abingdon, Washington County, Virginia. This application was interesting because it states that a Special Act of Congress was approved on 25 February 1907 which granted a pension to Mary Barr as "widow of William F. Barr, late of Company G, 5th Tennessee Volunteer Infantry, Mexican War." 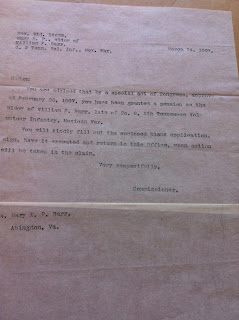 Senator Thomas S. Martin (D-VA) wrote a letter on Mary's behalf to the Commissioner of Pensions, and asked the Commissioner to confirm that her pension would be increased to $20 per month (it was raised). 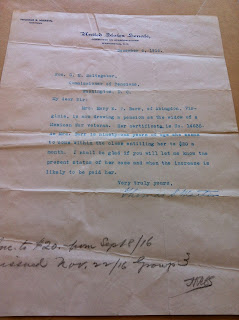 There was even a House Bill (HR 20605, 59th Congress) approving an increase in Mary's pension from $8 to $12 per month, as part of an act of Congress to grant a pension for William F. Barr because he was not pensionable under existing law because he did not serve for 60 days. 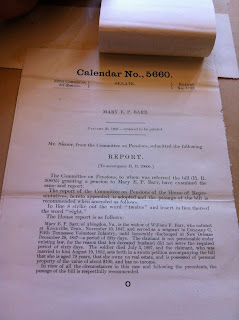 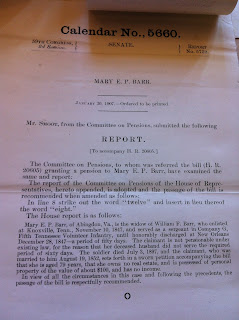 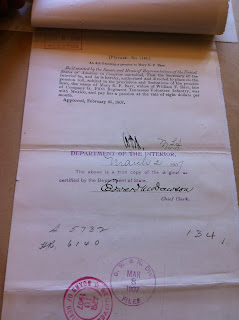 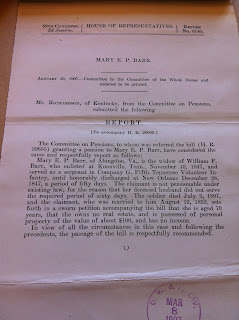 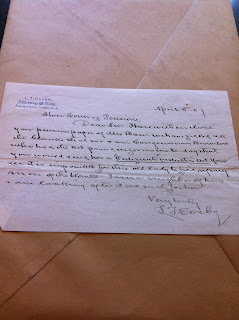 Corporal James Lowe
James Lowe filed a survivor's pension application under the Act of 29 January 1887 from Burleson, Johnson County, Texas. He was born on 20 March 1820 in Spartanburg, South Carolina. Lowe died on 1 July 1898. Lowe enlisted in the 5th Infantry in Knoxville, Tennessee. 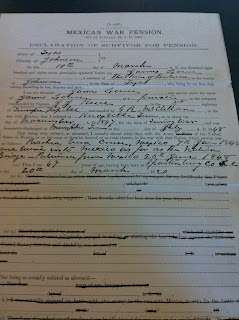 William G. Atkinson
William Atkinson served as a musician & drummer in Company G. He later served in the 2nd US Cavalry between 1855-1858 (his file states that he was committed to an asylum in 1858 but later released). He died in Russellville, Tennessee on 9 April 1919. He was born on 25 September 1830 in Lexington, Virginia.

Atkinson's pension file was very large (easily over a 100 pages). It looks like he lived a long, colorful life and was married 4 times. Atkinson filed a survivor's pension. 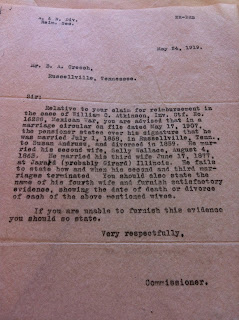 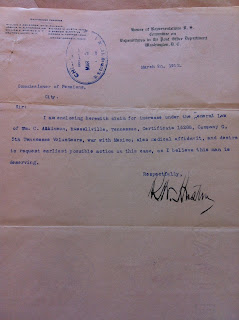 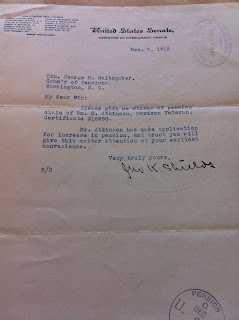 Atkinson's application states that he was in Quincy, Illinois in 1867, Omaha, Nebraska in 1868, Louisville, Kentucky in 1869, Russellville, Tennessee in 1877, Terrell, Texas in 1887, filed his pension in Baxter County, Arkansas in April 1897, and eventually returned to Russellville. 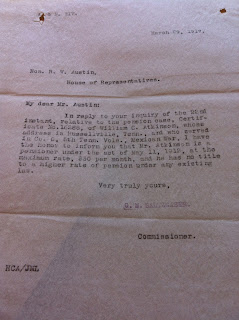 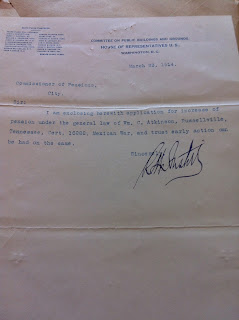