A Justice of the Peace

In continuing to look through the references to Henry Vanmatre (also spelled Vanmetre or Vanmeter), I have found that he served as Justice of the Peace in Cumberland, Washington County, Pennsylvania in 1782 (elected 3 April 1782, History of Washington County). 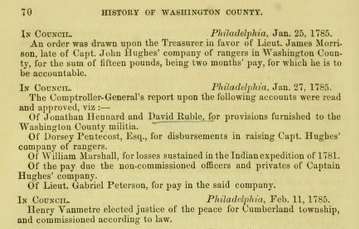 A longer description of his election in February 1785 appears in the minutes of the Supreme Executive Council from Philadelphia: 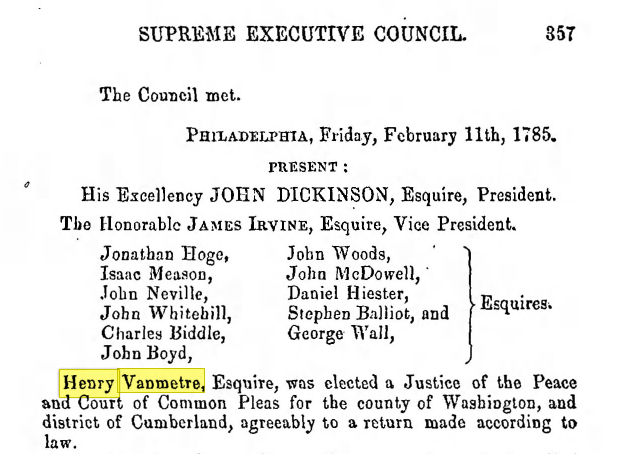 Henry was later elected as Washington County Commissioner in 1788.
Other sources note that Henry also served as Greene County Treasurer from 1801 until his death.
Posted by Patrick Jones at 8:49 AM