I have been very lucky to stumble across various cases and documents referring to my 3rd-great-grandfather, Joseph Jones. His Civil War pension file provided a wealth of information, identifying his four wives. A Civil War pension file for Thomas W. Thornhill included a handwritten note signed by Joseph. The case surrounding the murder of Captain John A. Thornhill mentions Joseph Jones as part of his command in the 9th Tennessee Cavalry. It was a nice surprise to see his name mentioned again in the Supreme Court of Tennessee records for State of Tennessee v Pleasant M. Riggs. 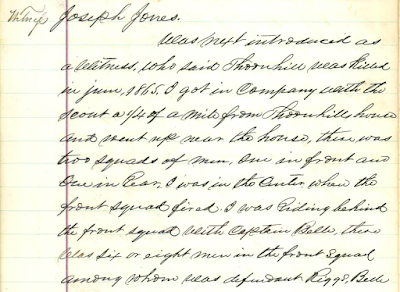 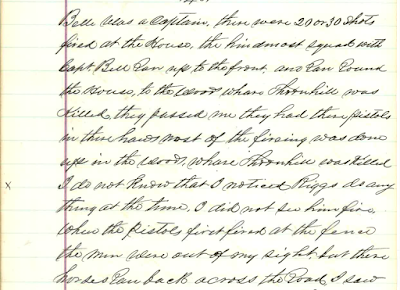 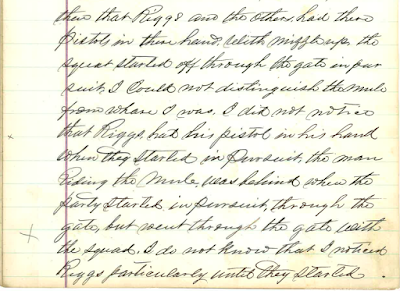 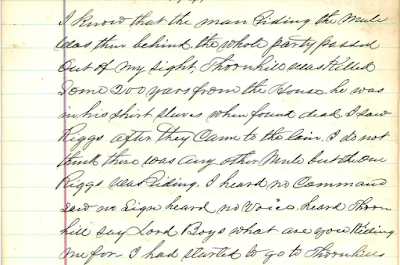 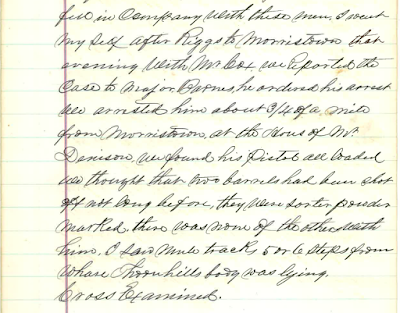 According to Joseph's testimony, he was marching with the company when the lead group shot and killed John Thornhill at his uncle Richard Thornhill's home. He did not see the shots fired, but he agreed with other testimony that Riggs' mule was in the lead and had tracks near where Thornhill was shot. On cross-examination, Jones said he was riding with Captain Bell and did not see who had fired shots at Thornhill. Joseph Jones and James Cox were part of the group that arrested Pleasant Riggs later that evening in Morristown, Tennessee.

A scout, who is never named, had been sent ahead with the lead group. Several witnesses stated that private soldiers knew nothing of the object and purpose of scouts. 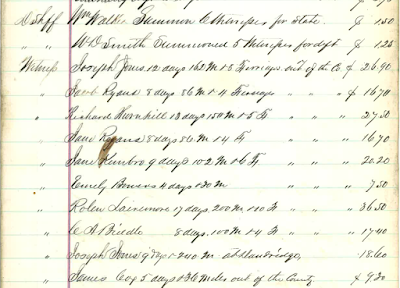