Over the past few days I've been digging into the Davis family line in Guernsey County, Ohio and Vermilion County, Illinois. An excellent source of information that I had not used previously is the Ohio Tax Records, 1800-1850 on FamilySearch. After running a search for "Davis" and "Henry Davis" in Guernsey County, and looking carefully at the records, I have a fairly good idea of where the land was located in the county.

From the Guernsey County Gen Web Project (see http://www.usgennet.org/usa/oh/county/guernsey/maps/townships.html), Township 9 can be found in the southwest corner of Guernsey County, along the border with Muskingum County. This aligns with Spencer Township (organized in 1819).
1827's tax records for Spencer Township contained additional information, showing the number of horses and cattle owned, and their value. Henry owned 6 horses and 11 cattle. One horse was $40, one cattle was worth $8 (at least for tax purposes). The previous year, Henry had 5 horses and 6 cattle. 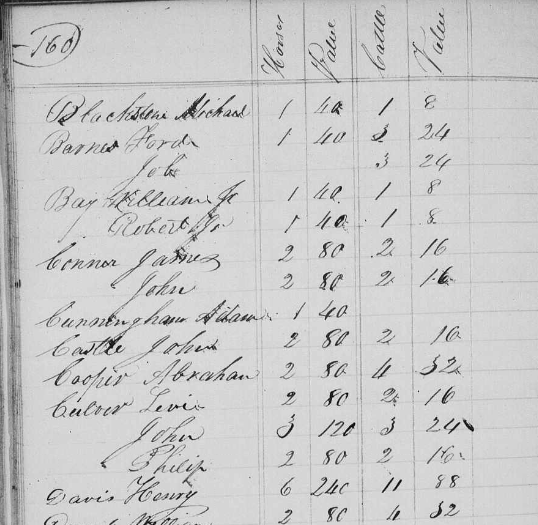 The names James and John Conner jump out on this form, as Azariah Davis married Jane Conner in 1832. One of these two men is a potential father of Jane. Both were listed as in Section 34 of Township 9.

By 1830, Henry had picked up an additional 130 acres in the Northwest part of Section 6 in Spencer Township, plus 2 and a half acres in Section 5.

Azariah Davis appears for the first time in the 1832 tax year, owning 2 cattle of his own. Henry was one of the wealthiest property owners in Spencer Township. 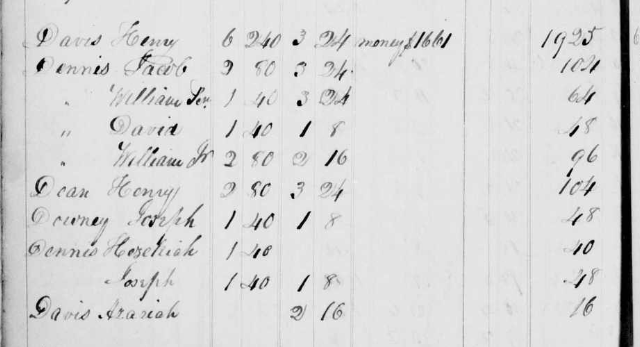 I don't see Henry or Azariah listed in the tax records after 1833.

The Ohio tax records is an untapped resource for my other early lines that were in Ohio between 1800-1850. I will need to check these records against other families in my tree.
Posted by Patrick Jones at 4:07 PM