On 15 April 1910, a petition was filed calling for an election of qualified voters of Glendale, Arizona to incorporate their town. Antonio Campuzano was one of the signatories, along with a large number of names that are becoming familiar as associated with the Liga Protectora Latina. This document was found on the Maricopa County Recorders Office website. 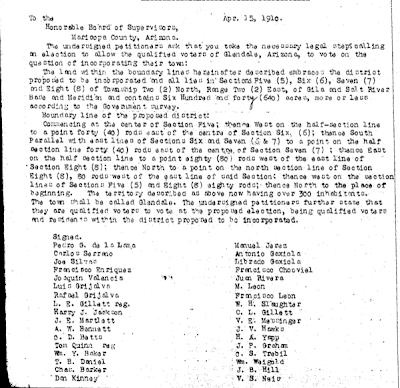 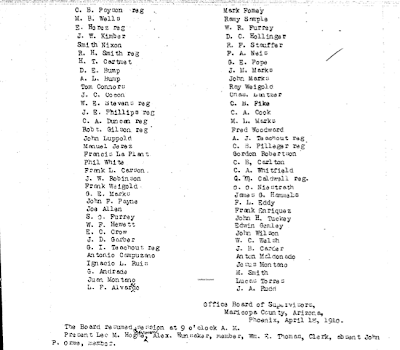 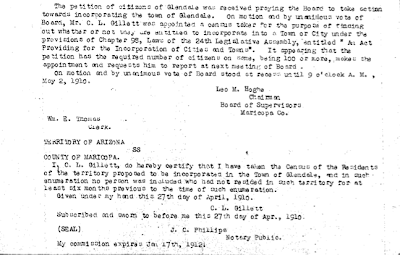 Today Glendale is known as the home of the Phoenix Cardinals NFL stadium, and is located northwest of Tempe and downtown Phoenix.
Posted by Patrick Jones at 4:29 PM