Before locating my great-grandfather, Edgar Jones, in the 1940 Census, I found him in the World War I and World War II Draft Cards. These were helpful records and can be found on Ancestry.com. 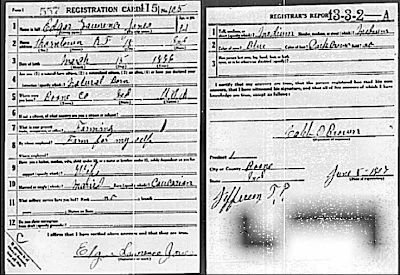 This card shows Edgar Lawrence Jones was born on 15 March 1896 in Thorntown, Boone County, Indiana. He was a farmer at this time in June 1917, recently married on 3 September 1916 to Alma Maude Oyler, daughter of Charles John Oyler and Agnes Lydia Allman. 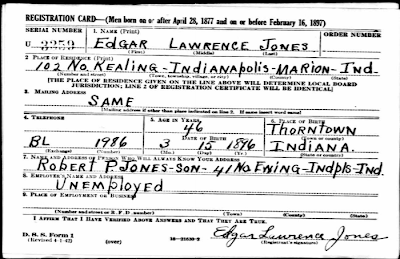 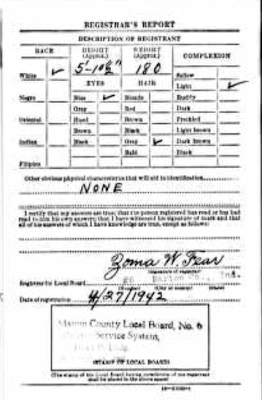 This is a great card as well. It shows Edgar and family had left Boone County and relocated to Indianapolis. The address, 102 North Kealing Avenue, is located on the near east side of Indianapolis.

The personal details are nice here: height, weight, eye color, complexion and clear signature.
Posted by Patrick Jones at 7:17 AM