I'm heading this week for another regular meeting in Los Angeles, so I thought it was timely to have a post on the variety of connections across the family (and through my wife's family) to California. We moved to Santa Monica in February 2006, and still have a place there although we moved back to Alexandria in May 2010. My parents lived in Vacaville, California for a time before I was born. 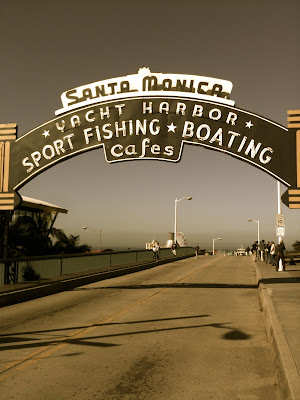 On My Granny's side of the family, her aunt Isabel Portillo Cruz and family moved from Tucson, Arizona to Los Angeles by 1926. She went to visit her aunt and cousins in 1942 when she was 16 years old. Granny told me a great story of her going to see a young Frank Sinatra in concert during that visit. The photo below is from that trip of my Granny, Lydia Campuzano, with her cousin Armando Cruz in Long Beach. 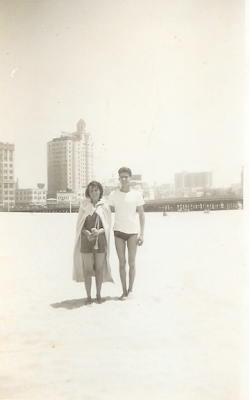 My Gumpy took a road trip with his brother and two friends in the summer of 1937 from Indiana to California (he has preserved this in a collection of short stories he published in 2000, which I'll have more in a subsequent post).
Also on the Jones side, Arthur Eugene Jones, son of Martin Van Buren Jones (8th child of my 4th-great-grandfather Robert Thomas Jones Sr), made it to Atlas Peak, Napa Valley, California before World War II. He arrived there about the time the area was reemerging from Prohibition. Atlas Peak is now prime wine country and its own appellation.

In 1944, my grandfather Leo Reid was stationed at Eagle Field, and later at the base in Merced, California while training as an Air Force pilot. I'm fortunate to have his pilot logs from his time with the Air Force.

On my wife's side, her great-great-grandmother, Caroline [Karolina Wilhelmina Rech] Freyling journeyed to California from Evansville, Indiana with her daughters Marie Elizabeth Freyling, Kathryn Freyling and Emma Carolyn Freyling. Caroline died in Los Angeles County on 12 August 1960. Emma is supposedly buried in Santa Monica so I'm hopeful to find her headstone on a future visit back to LA. My wife's uncle and family live north of San Diego today, and she has other family from her Boston side in the Pasadena area.

Our son was born in Santa Monica in 2009, so LA has additional significance because of our time there. 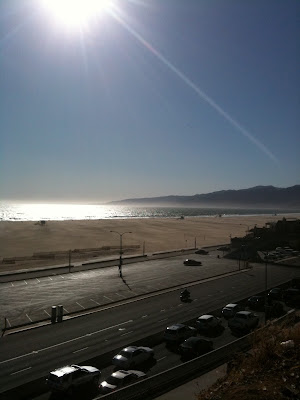 Several of my Granny's siblings lived in the LA area. Her brother Robert "Bobby" Campuzano passed away in West Hollywood, California in 2007. He was a "gardener to the stars" and had an apartment at the corner of La Cienega & Fountain, not far from Sunset Boulevard. Another brother, Manny, lived in Long Beach, while Ernesto lived in Ventura County. 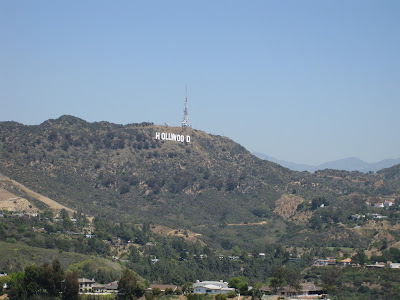 In preparing this post, I'm struck by how many connections to California we have in the family over the years. When we moved to Santa Monica in 2006, I felt instantly at home. I have a special place in my heart for LA and enjoy being able to go back on a regular basis. It's now my adopted second home.

I'm ending this post with a link to the fabulous video "LA Light" by Colin Rich, who dedicated this to his grandmother. This is a moving tribute to his grandmother, and perfectly captures LA at night.
Posted by Patrick Jones at 11:04 AM