On this date, 14 February 1895, my 2nd-great grandfather Charles "Charlie" Read married Mary Alice Cain in Glasgow, Barren County, Kentucky. She was 17 years old, he was 18.

Charlie was a butcher in the family butcher shop owned by his father, Guilford Dudley Read. The butcher shop was called G. D. Read & Sons.

A copy of their marriage bond is below (copy received from the Kentucky Department for Libraries and Archives on 5 Jan 2006). 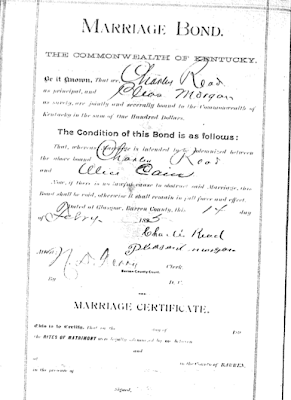 Also in the file was a note written by Guilford Dudley Read on his company stationary. My best transcription for the note is: 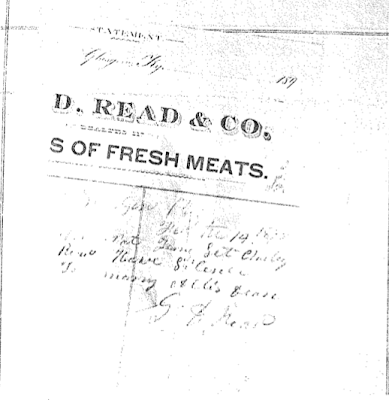 Charlie and Alice appear in the 1900 US Census, living next door to Guilford Dudley and Ellen Read.

If there are descendants of this group of Reads out there who stumble on this post, I would be interested in sharing information (especially if it sheds light on Alice Cain and her parents).
Posted by Patrick Jones at 8:41 AM