This is a personal history post. In October 2011, I had a ten hour layover while transiting Paris to Dakar. I had checked my bags through to the final destination, so that when the plane arrived in CDG 30 minutes early I did not have to stop at baggage claim. This made it very easy to get out into the city. Before 6am, I had cleared immigration and was sitting on a nearly empty RER-B train to Gare du Nord. My plan was to go to Sacre Coeur, see the sunrise and experience Paris, then make my way back to CDG in time for the connection to Dakar.

I am very lucky that I am able to travel to some fantastic places, but I often do not have a lot of time for exploring. Sometimes half a day or a long layover is all the time I have to venture outside of conference rooms and meetings.

This was my fourth stop through Paris in 2011, after a layover en route to Vienna in May, a nine-hour layover en route to Singapore in June, and two days of meetings at UNESCO in September. In June, I had used the layover time to have lunch at St. Michel and walk around the gardens on either side of the Seine. This was a very good way to get some air and exercise before a 13 hour leg to Singapore.

On this particular visit I changed trains at Gare du Nord to the 4 line and then walked to the foot of Montmarte. The sun still had not come up, and the streets were fairly empty. It was too early for a cafe to open, so I walked up the steps to the top of the hill and the Basilica. The view from the top is breathtaking, and from that location, one can sense the city awaken. 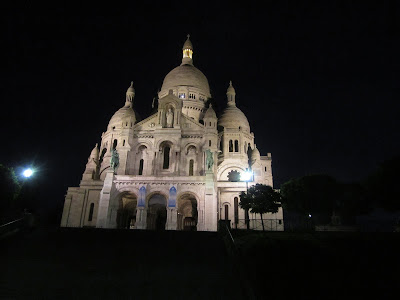 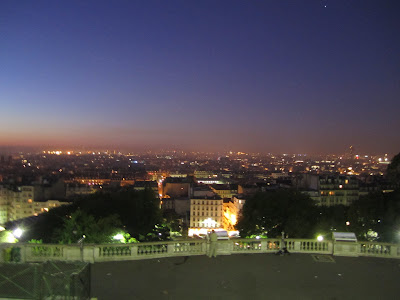 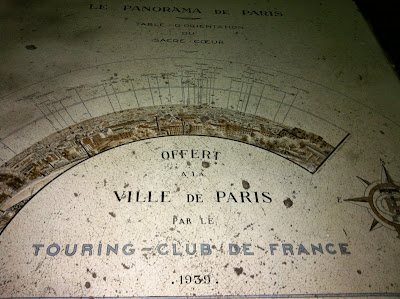 By this time is was about 7:30am, still dark outside, and I had a little time until a cafe would open at the bottom of the hill. I sat inside the Basilica on one of the pews near the back. It was dimly lit inside. There were few people and some low choral music playing. Between the dark light and moodiness of the surroundings, it felt a bit odd to be there. Sacre Coeur is one of those special places that one needs to experience, so a sat for about 10 minutes and just watched. I was not there for any religious experience but it was a good place to think.

After a few minutes I went back outside and watched the sun come up. 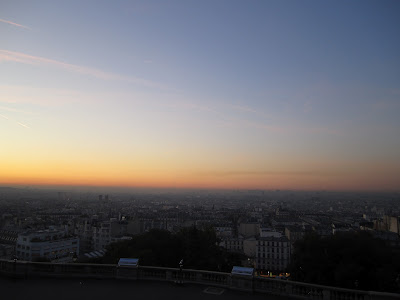 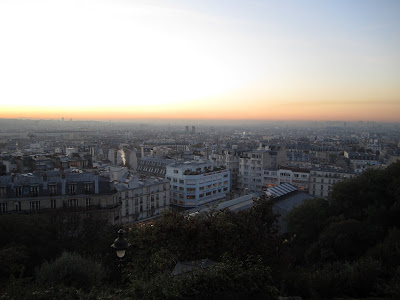 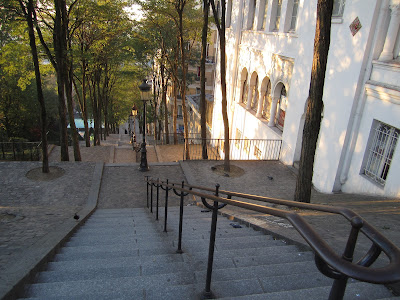 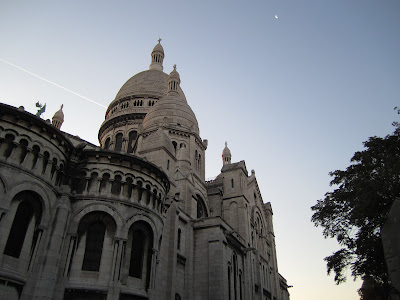 After some hot tea and a croissant, I walked back up the hill and took a few more pictures before exploring streets on top of Montmarte. About an hour later, I walked down the hill, and continued walking all the way back to Gare du Nord. I then took the train to Chatelet and walked outside near the Louvre. 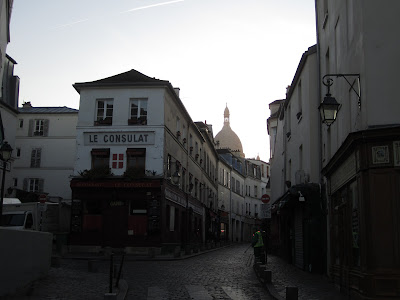 I found a cafe near Les Halles for early lunch and then hopped back on the train to CDG. I had plenty of time to clear security before boarding to Dakar in the afternoon. This was a good layover. Perhaps the next time I have a long layover in Paris I'll try to go directly to the Louvre.

Paris is a special place to me and one that I felt an immediate connection to the first time I traveled there for meetings in June 2008. I have DuBois ancestors who arrived in New York from France in the 1670s. Even with my minimal French, the city has felt comforting and open. Paris is near the top of my Pantheon of favorite places.
Posted by Patrick Jones at 9:16 PM